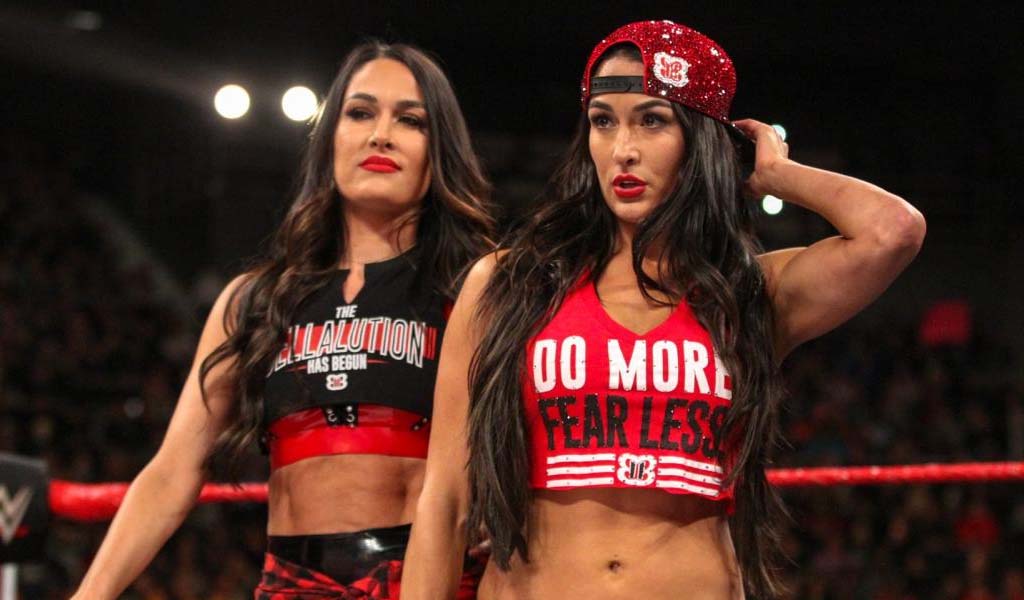 The twins were originally advertised to
be appearing on the show but that
changed and they were eventually removed
from marketing material.

Brie Bella questioned WWE’s decision not
to showcase any of the women’s
revolution during the 30th anniversary
episode and also took a dig at WWE for
not mentioning Sasha Banks. “Mercedes is
too over and we can’t say her name,”
Brie mocked WWE.


“There’s a couple of other girls and
there’s a bunch of us they don’t want to
show,” Nikki added, wrapped in a towel
seemingly just getting out of the
shower.