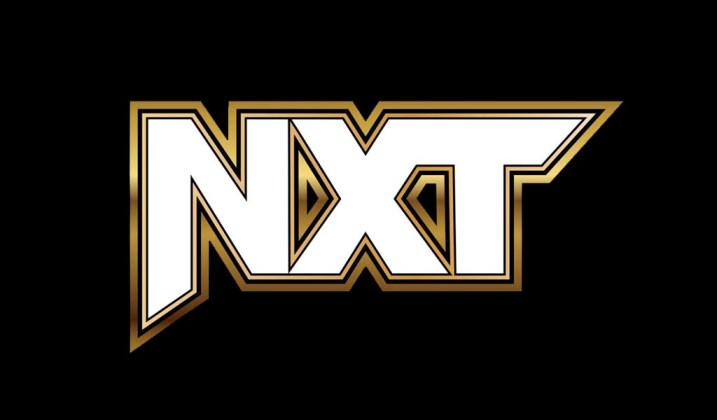 The show begins with a highlights recapping New Year's Evil.

Opening the show live from the soundstage at the Performance
Center is the entrance of Carmelo Hayes and Trick Williams.
Spoofing Axiom, Trick came out wearing a luchador mask. He
pantomimes a pose that mocks Axiom.

The babyface duo of Apollo Crews and Axiom are next to
enter. What follows is a tag team match kicking off the
show, which was set up last week on the previous episode.

Crews pinned Hayes in a good tag match. If the match was
designed to make Crews looks like a superstar, it seemingly
worked because he got to shine.

The tag bout goes through a commercial break. Crews assists
Axiom in doing a dive just before the show cuts to
commercial. Military pressing Axiom, Crews sends him flying
to the outside. Axiom and Hayes are in the ring when the
show returns from the break, and they clothesline each other
for a double down.

Double down leads into a sequence of double team spots. Dust
settles and Axiom is getting worked over by Hayes and
Williams. Hot tag to Crews, and he cleans house. Williams
jumped to break up a near fall, so Axiom flew in to take out
Williams moments before the finish.

Hayes jumps off the top rope as they go home. "Nothing But
Net" is blocked by Crews. Cazadora is countered by Crews,
and he holds down Hayes for a three count.

A skit with Tony D'Angelo and Channing "Stacks" Lorenzo on a
bridge overlooking water. Stacks thinks he is going to sleep
with the fish because of him screwing up last week. Instead,
D'Angelo says he is no longer an a "soldier." Stacks is now
an "underboss" in D'Angelo's mob family.

Indi Hartwell takes Tiffany Stratton's personal dressing
room from her. Hartwell makes it a locker room for all of
the NXT women's roster. Stratton is very upset over this,
and she cuts a promo on Hartwell.

The duo of Toxic Attraction is headed the ring where they
address the audience. Gigi Dolan and Jacy Jayne were
declared co-winners of a battle royal last Tuesday, and they
are quite proud of themselves. They are also still seeking
revenge on NXT Women's Champion Roxanne Perez.


Lyra Valkyria interrupts Toxic Attraction's victory speech.
Insults are hurled back and forth until Dolan and Jayne jump
Valkyria. They are stomping on her when Perez runs in for a
save. Toxic Attraction powders and flees. This angle sets up
a main event tag team match for later tonight.

Stevie Turner continues her new role as a live streamer.
Turner posts a reaction video where she breaks down the
number one contender's battle royal from last week.

Ruca pinned Fyre after a distraction by Isla Dawn. Ruca won
using her new finisher called the "Sol Snatcher," where she
springboards off the middle rope into a flip and lands with
a cutter on Fyre.

Clearly getting a push, Ruca on commentary was called "the
fastest rising superstar in the [NXT] women's division."

Isla Dawn appears just before the finish on a perch
overlooking the ring, and she laughs at Fyre for losing the
match.


Grayson Waller sits down Vic Joseph for an interview where
they discuss the finish of the NXT title match at New Year's
Evil. Waller lost by countout, by he seemingly had Breakker
on the ropes. That is when a rope broke, leading to the
Waller getting counted out.

Waller says he does not feel like he lost. In fact, Waller
has his own replica version of the NXT title belt. Waller
puts his belt over his shoulder as he vows to win the cage
match at Vengeance Day against Breakker.


Alba Fyre is backstage about to pummel a referee with a her
baseball bat. NXT Women's Tag Team Champions Katana Chance
and Kayden Carter try to calm her down, which somehow leads
to Fyre challenging Chance & Carter to a two-on-one tag
title match.

Gallus wins when Wolfgang pinned Briggs. An injury angle
takes Jensen out of the match, and Briggs falls prey to a
double team.


This match was set up last week when Gallus jumped Briggs
and Jensen. Gallus then stole their spot in a tag match.
Tonight they begin with a melee, as brawling breaks out at
the start of this tag bout.

Gallus works over Jensen. Briggs tags in, and he is double
teamed by Gallus while Jensen is down selling. Gallus teases
suplexing Briggs on exposed concrete floor, but Briggs
counter to suplex Coffey.


The match goes through a commercial break, and Briggs is
getting worked over when the show returns from the break.
Jensen tags back in, only to get worked over some more. Hot
tag to Briggs, and he is a house of fire. Briggs dives off
the apron.

Jensen is backdropped on the exposed concrete, which takes
him out of the match. Briggs is alone against both of
Gallus. He is stilling running wild when he finally notices
Jensen is laid out at ringside. Fallon Henley is at his side
waving for medical assistance. Kiana James comes out to
check on Jensen, and she bickers with Henley.


Jensen says to get him to his feet. He is determined to
continue the match, but Jensen is on rubber legs. Meanwhile,
Gallus double teams Briggs, and he is pinned by Wolfgang.

Later in the trainer's room, Henley storm in demanding to
know "what the hell is she doing out there?" Jensen defends
James, and Jensen argues with Henley about James.

A skit starts with Duke Hudson hyping up Thea Hail for her
match tonight. An angry Andre Chase walks in to confront
Hudson about a viral video that shows Hudson apparently
running down Chase. Hudson claims he is being taken out of
context, and he tries to change the subject by saying they
need to focus on Hails match, which is up next.

Lopez comes to ringside during the match. She only watches
at first, but Lopez later puts brass knux on Feroz's hand.
Not looking to cheat, Feroz surrenders the knux to the
referee. Hail counters seconds later, and Hail covers Feroz
for the pinfall.

Apollo Crews confronts Carmelo Hays and Trick Williams in a
skit outside the building. This was silly, and it was sadly
followed by tragic real world news.


Vic Joseph and Booker T address breaking news about the
passing of Jay Briscoe. Joseph offers condolences to his
friends and family. I echo that. Personally, I was a big fan
of Jay Briscoe and his brother Mark. They are both one of a
kind. My heart breaks for Jay's friends, family, and his
children.

NXT Tag Team Champions The New Day come to the ring for a
promo segment. Pretty Deadly interrupt them, and bickering
ensues. Gallus enters after they are name-dropped by Pretty
Deadly. Even more bickering ensues as Gallus focuses on New
Day. Those two team square up, only for them to be attacked
by Pretty Deadly. A melee then erupts. Referees and
producers run down for a pull-apart. This would seem to set
up a triple threat match for the tag titles.


Roxanne Perez and Lyra Valkyria are being interviewed by
McKenzie Mitchell when Javier Bernal interrupts the
interview. Bernal has a guitar, and he wants to perform some
of his Christmas music. He is told to leave. This was
supposed to be comedy.

NXT Champion Bron Breakker sits down with Vic Joseph for an
interview about the finish at New Year's Evil. Breakker also
talks about defending his title in a cage match at Vengeance
Day.


Javier Bernal is in the ring with his guitar and a
microphone stand. In some ways, he is basically doing Elias'
old gimmick where he is about to sing when a babyface's
theme song cuts him off.

Bate pinned Bernal in what was a showcase for the returning
Bate. Bernal got some offense, but not for long. Bate makes
a quick comeback, and Bate wins easily. What does not come
easy is the finish itself. They attempt a Tyler Driver '97
but botch it, and they go for it again. Does not go well,
but Bate cradles Bernal for the pinfall anyway.


Fallon Henley apologizes to Brooks Jensen for arguing with
him earlier tonight. Henley agrees to give Kaina James a
chance, and that includes as a tag team partner. Henley says
she is booked next week in a tag match with James as her
partner.

Perez pinned Dolan to win the match. Cora Jade interferes
during the match, causing Valkyria to leave the match to
brawl with Jade. Perez overcomes being outnumbered, and
Perez wins the match.


Heat on Perez, leading to a hot tag for Valkyria. Cora Jade
runs down to ringside, and Jade shoves Valkyria off the top
rope. Valkyria tags out, and then she dives to the outside.
Valkyria and Jade brawl their way up the entrance ramp and
off the soundstage.

Meanwhile, that leaves Perez alone in what is now
essentially a two-on-one match. This is the second time that
trope is being used on the show. Plus, another match with a
stipulation of two-on-one is booked for next week. That is a
lot of two-on-ones, but at least the finish of this match
had a different outcome than the two-on-one earlier on the
show. Namely, the bayface triumphs.


Perez is blindsided by Toxic Attraction, as she is kicked by
Dolan. A second attempt at a kick backfires on Toxic
Attraction, as Jayne inadvertently kicks Dolan. Perez goes
on to deliver Pop Rocks, and Perez covers Dolan for a
pinfall.