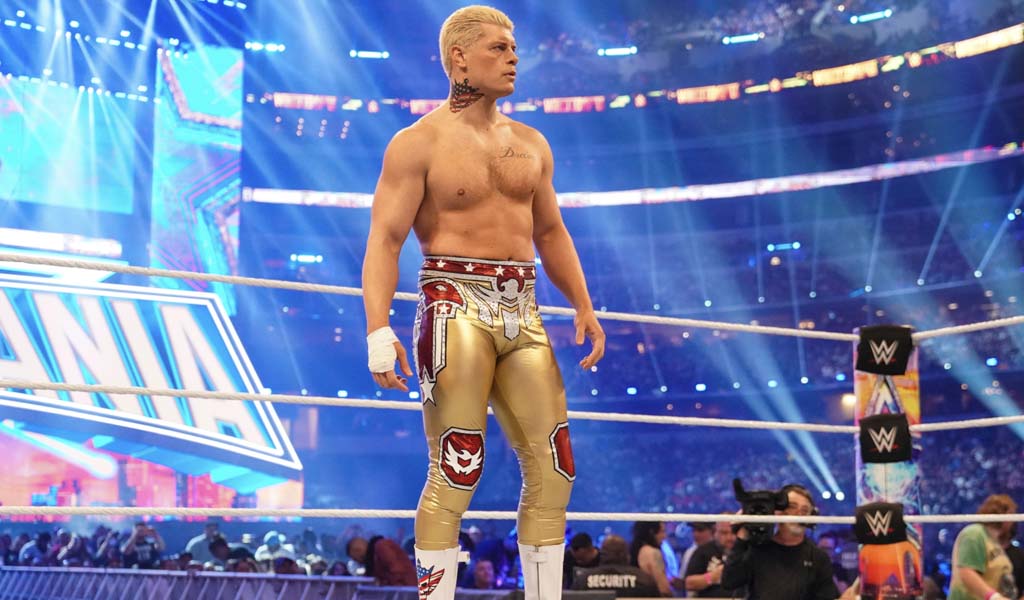 There will be adrenaline in our souls at
the Royal Rumble as Cody Rhodes is
officially returning at the Royal
Rumble, eight months after we last saw
him on WWE television.

In the latest video which aired
yesterday hyping his return, Cody was
shown training hard at his Nightmare
Factory, sporting a new scar on his
shoulder from the surgery he underwent
this past June.

“Since I came back at WrestleMania, I
have made it crystal clear what I want.
At the Royal Rumble, I’m back,” Cody
said. After the segment ended, Rhodes
tweeted to “finish the story.”

Cody has been out since June when he
suffered a nasty torn pec while
training. He went on to Hell In A Cell
and had a banger of a match against Seth
Rollins, a match which he won, but was
written off television the next day on
Ra