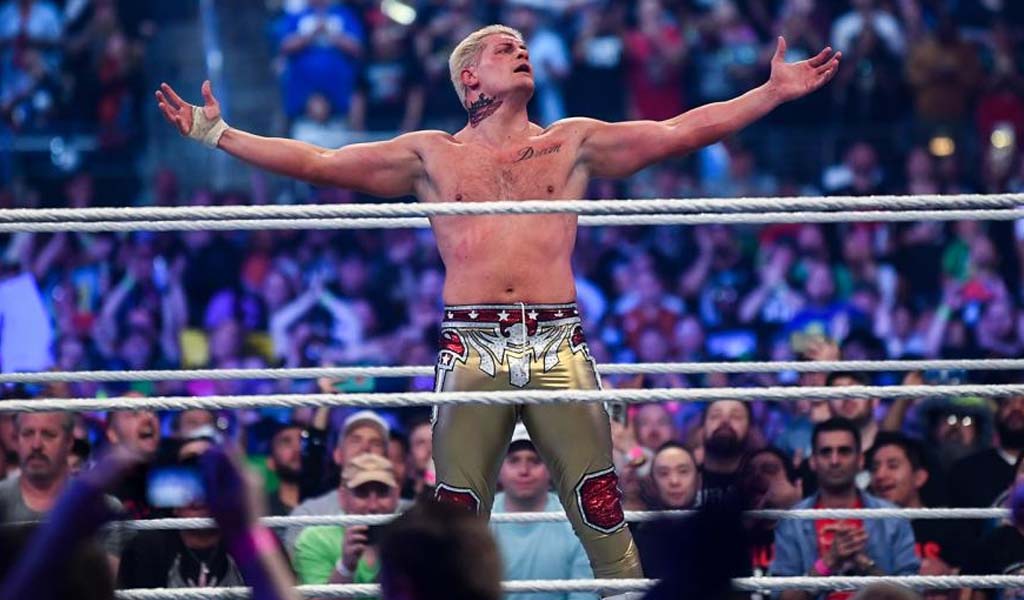 Cody Rhodes and Rhea Ripley are
currently the favorites to win their
respective Royal Rumble matches on
Saturday, January 28.

Rhodes, who has long been rumored to be
winning the match, has 7/10 odds and is
followed by none other than The Rock
with odds of 6/4. The participation of
The Rock in the Rumble has not been
confirmed and if it happens, it’s likely
to be a surprise. Sami Zayn is 7/4, Seth
Rollins is 4/1, and Kevin Owens is 16/1
to round up the top five.

Ripley, who had quite a year with
Judgment Day, is 1/1 favorite. Ripley
was the last one to be eliminated in
last year’s Rumble by the eventual
winner Bianca Belair. Becky Lynch is 2/1
in second place and Lynch already won
the Rumble in 2019. Charlotte Flair,
another former Rumble winner, is 6/1 in
third while Bayley is 7/1 and Raquel
Rodriguez is 9/1 to finish off the top
five.

These are the very early odds and the
Rumble is two weeks away. As everybody
knows, things in WWE change quite fast
and especially with Vince McMahon back
in the fold.