ALL ELITE WRESTLING/DYNAMITE: The Elite mock CM Punk and backstage brawl on Dynamite in Chicago 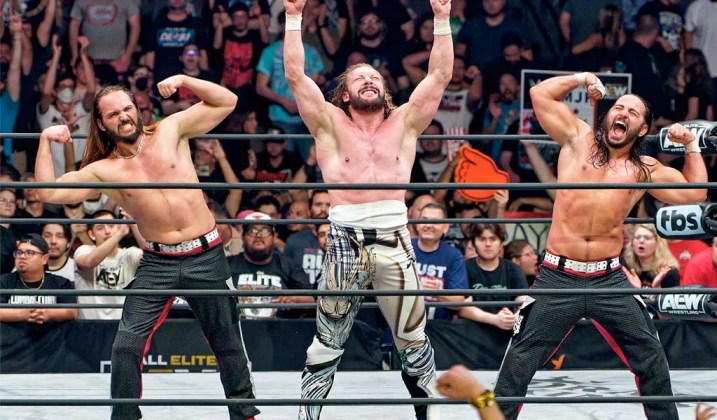 While Kenny Omega told fans to “let go” the
All Out backstage brawl because they won’t
talk about it, it seems The Elite did not
take their own advice after all.

On last night’s Dynamite, all three members
of The Elite mocked CM Punk and the brawl
during their match against Death Triangle in
Chicago.

Omega taunted the GTS move and then actually
hit it on PAC and even bit him on the arm, a
clear mock at Ace Steel who bit Omega in the
hand during the backstage brawl.


Then when The Young Bucks were in the ring,
Matt Jackson tried to the a Buckshot Lariat
and botched it up, similar to what Punk did
in his match against Hangman Page at the
Double or Nothing pay-per-view in May.

Punk still had fans in the Chicago crowd
although not everyone was pro-Punk as
evident by the dueling chants of “F*ck The
Elite” and “F*ck CM Punk” during the match.