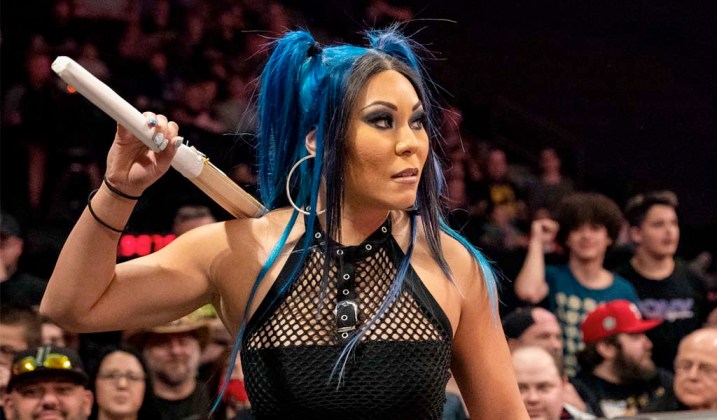 Mia Yim is the latest WWE Superstar to
receive a name change, and this one is
rather crazy…literally!

Yim’s new name is now Michin, which in
Korean means crazy. She was referred to with
her old and new name last night on Raw but
now even the WWE.COM roster page officially
switched to Michin.

The 33-year-old, who returned to WWE a few
weeks ago, was born in Los Angeles but her
mother is Korean, hence the chosen name.