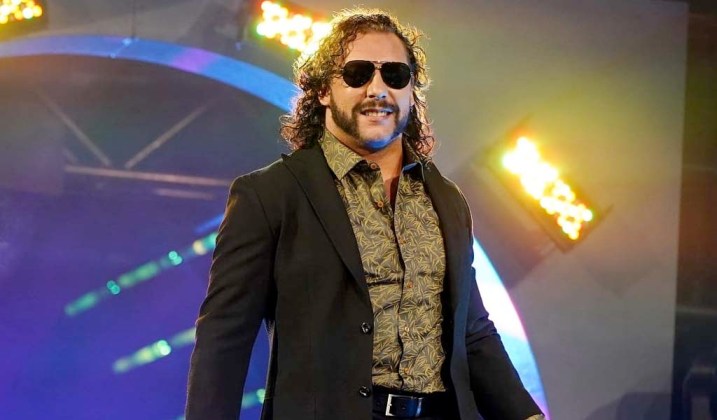 Former AEW World and Trios champion Kenny
Omega will be participating at the NJPW
Wrestle Kingdom 17 show in January after he
challenged rival Will Ospreay via a video
which aired at the NJPW x STARDOM Historic
X-Over event today.

In the video, Omega blamed the poor crowds
at NJPW events on Ospreay and said he was
surprised that NJPW called him. He said that
for the good of professional wrestling, he
has accepted the invitation and challenged
Ospreay to a match at WK.

Ospreay accepted the challenge, telling
Omega that when he left for All Elite
Wrestling, he stayed in New Japan to keep
things going. The match will be for the IWGP
United States title.


This will be the first time that Omega will
wrestle for NJPW since Wrestle Kingdom 13 in
January 2019. On that show, Omega lost the
IWGP Heavyweight title to Hiroshi Tanahashi.

A few AEW stars are expected to be part of
the NJPW Wrestle Kingdom event which will
take place at the Tokyo Dome. FTR will be
defending the IWGP Tag Team titles on the
show against opponents still yet to be
determined. Jay White vs Kazuchika Okada for
the IWGP Heavyweight title headlines the
show.

Wrestle Kingdom 17 is on January 4, a
Wednesday, and clashes with AEW’s debut in
Seattle at the Climate Pledge Arena