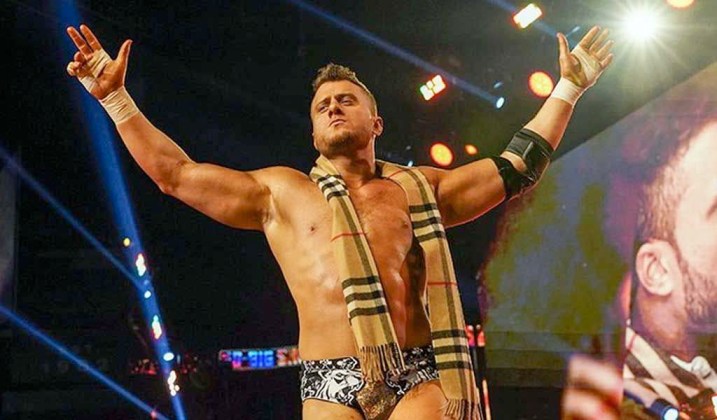 The new AEW World champion, MJF, cut an
expletive-filled promo at the post-Full Gear
press conference, turning back to a full-
fledged heel after steering towards the
babyface side for the past few weeks.

He said that the AEW title is now the most
prestigious in this sport thanks to three
letters, and that’s now AEW or Mox, but MJF.

“God damn people are f*cking dumb. No
offense. You had sympathy for the devil?”
MJF said. “Are you f*cking stupid, you
f*cking morons.”


MJF said he deserves the title because he’s
the best wrestler in the world and everyone
knows it. He said no one can touch him and
no one is on his level.

“And then, you guys still believed me when I
put over this motherf*cker this past
Wednesday?” MJF questioned the crowd as he
pointed to Tony Khan who was sitting alone
at the table. “Grow the f*ck up.”

MJF called the fans “f*cking marks” with
“70,000 hardcore marks watching at home
jerking off in their grandma’s basement” to
his velvet voice.

The champ then said that he was going to
shower to remove all Moxley’s disgusting
hepatitis A to Z off of him and tomorrow
morning he’s taking a jet to his movie set
because he’s the only star in the company.

“Anyone got any questions? Just kidding.
F*ck you, bye. Champ’s f*cking out, baby,”
MJF screamed as he walked off the press
conference