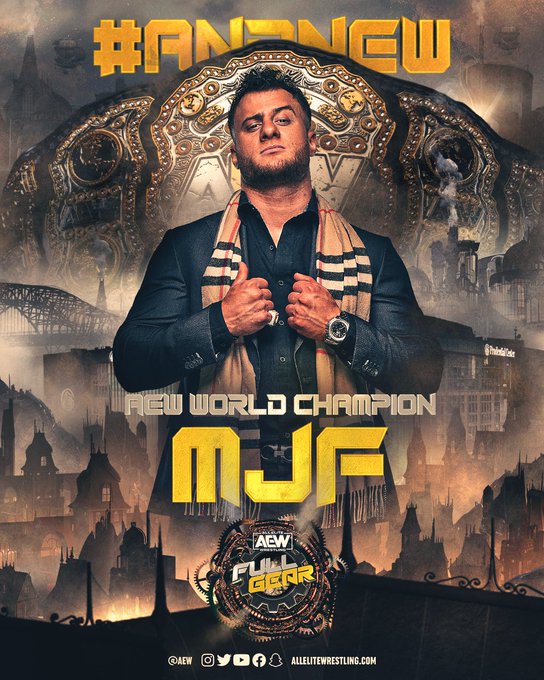 The end of the match saw MJF going for the Dynamite diamond
ring and William Regal talked him out of it, with MJF giving
Regal the middle finger. Two referees went down and Mox
chocked out MJF and MJF tapped. But the referee didn’t see
it and Mox thought he won. Regal told Mox to go wake the ref
and from behind, Regal slid in the brass knuckles to MJF and
MJF clocked Mox in the face.

MJF then covered Moxley with one hand and the middle finger
sticking out as Regal slowly moved up the ramp with a smirk
on his face.

“William Regal just sold himself to the devil,” Tony
Schiavone said on commentary.

This is MJF’s first title win in AEW.