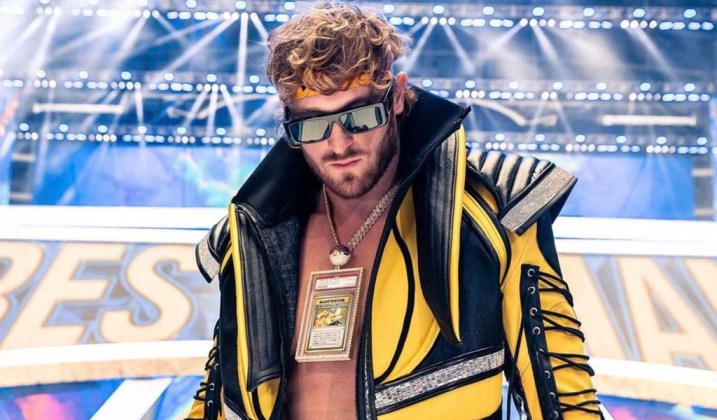 After having a stellar match against Roman
Reigns at Crown Jewel, Logan Paul is ready
to call out his preferred next opponent:
John Cena.

During his latest podcast Impaulsive, Paul
said he saw that John Cena posted his photo
on his Instagram and he hit the favorite
button and replied with the eyes emoji.

“I mean, truthfully…I think me vs John Cena
would break the internet. I texted Triple H
right away, ‘do you want to break the
internet again?’ That’s a dream matchup,
dude,” Paul said. “At WrestleMania, in LA,
on my birthday. Triple H, throw me a bone,
give me a birthday present, let me take out
John Cena. And that’d be crazy.”


The YouTube star, who impressed everyone at
Crown Jewel, unfortunately blew his knee
when wrestling Reigns and it’s not known how
long he’ll be out for, but he suggesting
that he wants Cena at WrestleMania means
that he thinks he’ll be ready by the time
April comes around.

“This week, we’re meeting with them [WWE],
I’m just going to be like, ‘Hey, this works
for me. Put me up against the best you all
have and I’m gonna f*cking deliver,” he
continued. “You know that for a fact. Not
only to put on an amazing match, but I’m
going to put asses in seats and eyeballs
glued to the television.”

Paul’s match against Reigns was only his
third one in WWE and he recently signed a
multi-event deal with the company.