THE USOS: The Usos break The New Day’s tag team title record with 484 days as champions 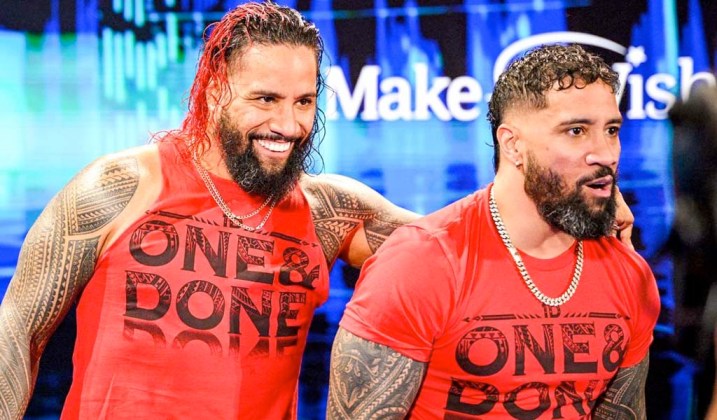 Usos have broken as the longest-reigning WWE
tag team champions.

The brothers won the Smackdown Tag Team
titles during the Money In The Bank Kickoff
show last year on July 18, beating Rey and
Dominik Mysterio and then on May 20 of this
year they beat RK-Bro for the Raw Tag Team
titles in a winner-take-all match on Raw,
taking possession of both sets of titles.

The previous record-holders, The New Day,
held the Raw Tag Team titles for 483 days
and Kingston and Woods had the opportunity
to reclaim their titles and keep their
record this past Friday on Smackdown but
came up short in their challenge.

“Officially the best team in WWE …EVER,” the
brothers tweeted, along with the hashtag
#WeTheOnes.

Jimmy and Jey held the Raw Tag Team titles
on three different occasions with a total of
436 days as champions and counting while
they had five different reigns as Smackdown
Tag Team champions with 863 days and
counting as champions.

With those statistics, it’s hard to argue
their self-proclaimed “best team” title!