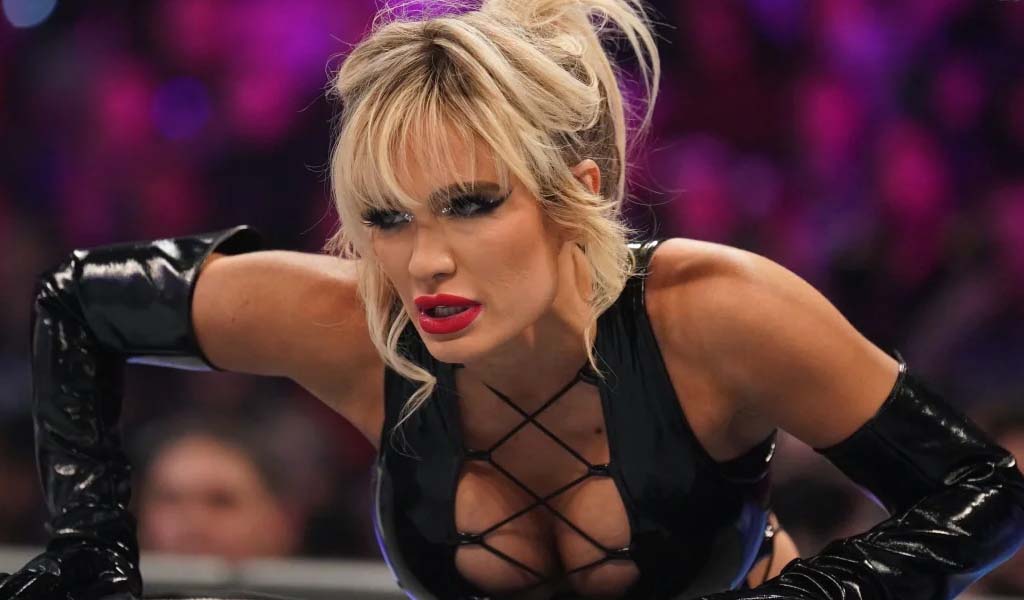 Multiple individuals got ejected from their seats at the
non-televised live event in Peoria last night after one
person threw their drink at Scarlett.

Scarlett, who was at ringside accompanying her husband
Karrion Kross for his match against Drew McIntyre, received
a surprise shower and obviously was not happy about it.

She alerted security about the incident and security tried
to eject the fan from the seat. But after multiple attempts
failed, police were called in and a group of people were
taken out after reinforcements came.

“As a classy woman from Chicago, I’m not surprised that
something like this would happen in Peoria,” Scarlett
tweeted after the incident. “PS. To the granny who threw the
drink, your booze was as cheap as your hairdo.”