ALL ELITE WRESTLING DYNAMITE/TBS: Paige debuts in AEW under real name of Saraya 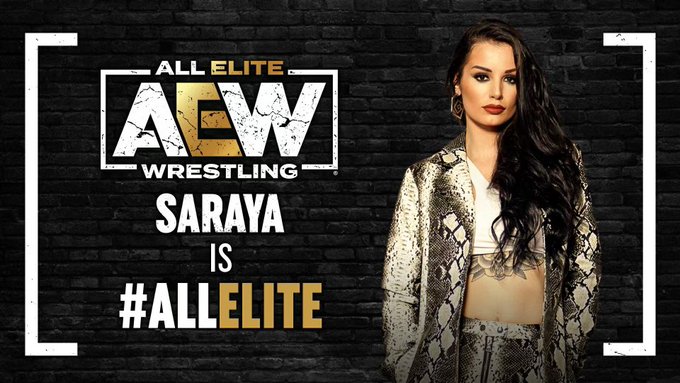 Saraya came out to a massive pop following the four-way
match for the AEW Women’s interim title and saved champion
Toni Storm and Athena from a continued attack by Britt
Baker, Jamie Hayter, and Serena Deeb.

The new arrival quickly told the heels that this was her
house now and hugged fellow former NXT stars Storm and
Athena.

Following the segment, AEW President Tony Khan announced
that Saraya signed an AEW deal and is now All Elite.

The Brit left WWE after her contract expired in early July
and the company opted not to renew her deal. She has
expressed her wish to return to the ring and hoped that WWE
would use her more but it was not meant to be.

She hasn’t wrestled since December 2017 after getting re-
injured during a non-televised live event. She had stints as
Smackdown GM and then as a panelist on the WWE Backstage
show on FS1.