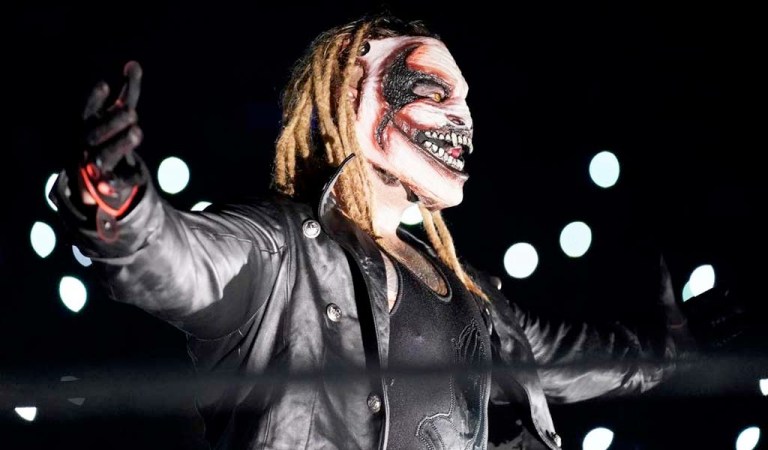 During the WWE events this past weekend,
including on Friday Night Smackdown in
between commercials, WWE played the song
White Rabbit, from American rock band
Jefferson Airplane.

The 1967 song was played in Anaheim during
Smackdown and in Bakersfield and Oakland
non-televised live events. The house lights
were dimmed during the song and fans
switched on their torches from their phones,
creating a “firefly” atmosphere. Towards the
end of the song, red lights took over the
arena.

This left many fans confused and some are
already speculating if this is a hint, or a
tease, at the return of someone in
particular, most notably “The Fiend” Bray
Wyatt.

Meanwhile, the tattoo artist who came up
with the initial concept of The Fiend’s
mask, Kyle A. Scarborough, uploaded a photo
on Twitter of a white rabbit mask yesterday,
writing the words, “feed your head,” adding
more speculation that this is for Wyatt’s
return.