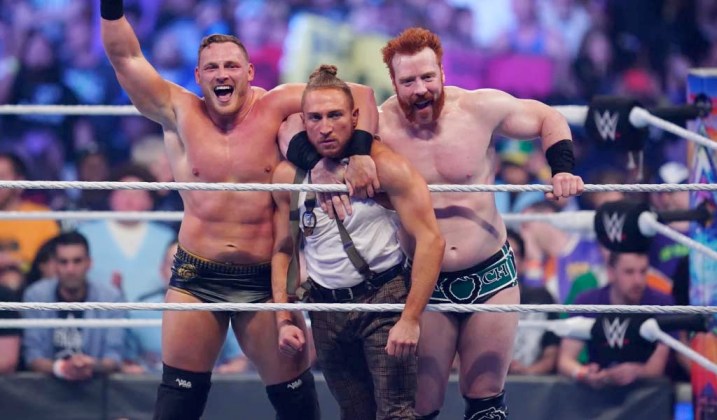 The Brawling Brutes became the number one
contenders for the undisputed WWE Tag Team
titles last night on Smackdown after they
defeated Hit Row, The New Day, and Imperium
in a fatal four-way match.

Butch and Ridge Holland, along with Ludwig
Kaiser and Giovanni Vinci, replaced Alpha
Academy and Los Lotharios who were in the
original match a few weeks ago on Monday
Night Raw but that match was interrupted by
Braun Strowman.

The nearly 20-minute main event ended when
Imperium hit the Imperial Bomb on Kofi
Kingston but Ridge Holland made a blind tag
and pinned Kingston himself.

The Usos vs The Brawling Brutes will now be
taking place on next week’s Smackdown, a
show which also features Roman Reigns live
in person.