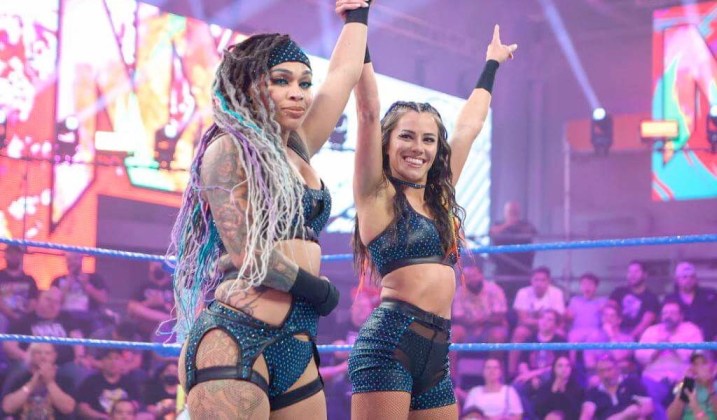 The spectacular ending came when Carter gave
Jayc Jayne a neck breaker followed instantly
by a 450 splash from the top rope by Chance,
who covered for the pin. The two were
overcome with emotion after they won with
both crying as they were handed the titles.

The Women’s Tag titles were vacated a few
weeks ago after Cora Jade turned on her tag
team partner Roxanne Perez a week after the
two won the titles from Toxic Attraction.
Jade then dumped her title in the trash,
prompting an appearance from WWE Hall of
Famer Alundra Blayze last week who announced
the four-way match to crown the new
champions.

Chance and Carter have been tag teaming for
several years in NXT and this is the first
title that they have held in WWE so far.