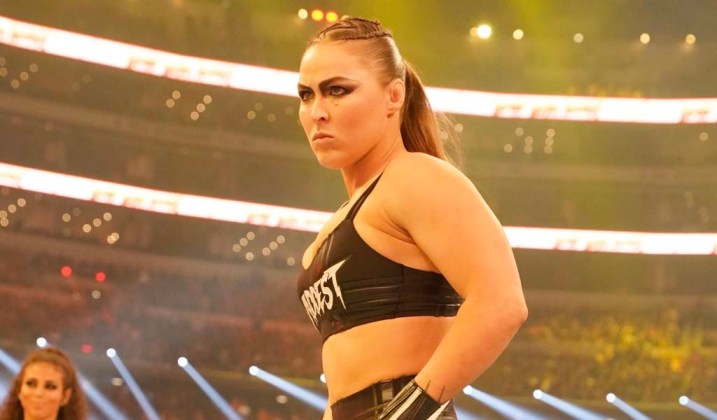 Ronda Rousey has been “fined” and
“suspended” for her actions at SummerSlam
where she attacked a referee following the
disputed finish against Liv Morgan.

Rousey made Morgan tap while she was in a
pin position and the referee did not see
Morgan tapping out, but counted down to
three as Ronda’s shoulders were on the mat.
Rousey attacked Morgan after the match was
over and then unloaded on the referee.

“Following her attack on referee Dan Engler
at SummerSlam, Ronda Rousey has been fined
an undisclosed amount and will be
suspended,” WWE wrote. “Due to her
suspension, Rousey will not appear on this
week’s Friday Night SmackDown.”

Rousey is advertised for the Clash at the
Castle show in Cardiff next month so her
“suspension” should not last very long.