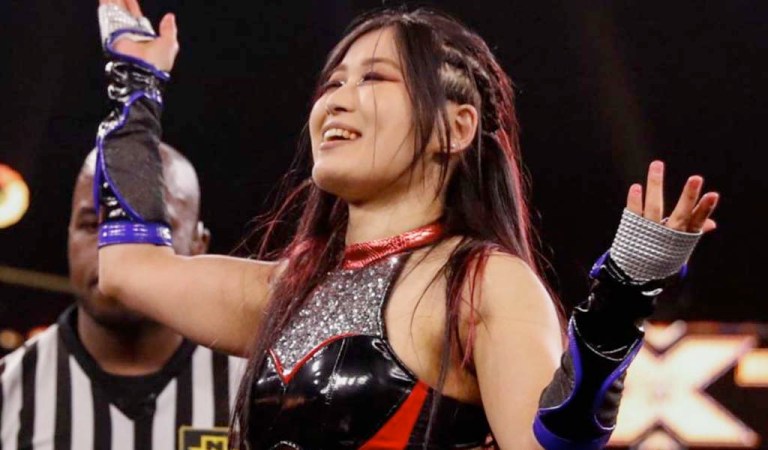 The habit of changing names once moving to
the main roster has continued even without
Vince McMahon in charge and former NXT
Women’s champion Io Shirai is the latest
victim of a name change.

Shirai, who returned last night at
SummerSlam along with Bayley and Dakota Kai,
was referred to by Corey Graves as Io Sky.
Jimmy Smith called her by Shirai and the
graphic on the video screen did say Io
Shirai as well.

But on WWE.COM, Shirai is now being referred
to as IYO SKY, with the letters all in caps
so that seems to be her new post-NXT name.

The Japanese star made her first appearance
on WWE television since NXT Stand & Deliver
four months ago. Her deal was about to
expire and had not signed a new one up until
last month but it’s safe to say she put ink
to paper and moved up to main roster.