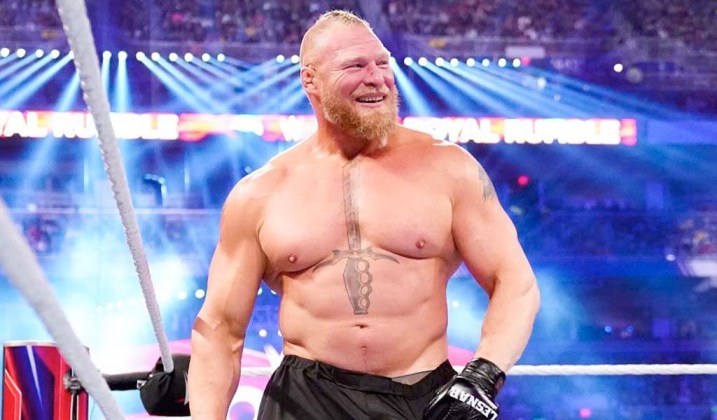 Brock Lesnar managed to climb into the ring
and reach the “summit” to salute the fans.

The former champion, who now lost the last
three matches against Reigns, crawled to the
top and then stood up by holding to the
corner and removed his hat as fans gave him
a standing ovation. The Beast Incarnate then
sat down in the middle of the ring selling
his injuries as his music played in the
background.

Lesnar’s involvement moving forward remains
unknown. Brock was super close with Vince
McMahon and McMahon is no longer there so
there might not be an incentive for him to
return although money usually changes
everything.

Brock walked out of Smackdown last week
after he got wind that McMahon is done but
they managed to get him back to the arena
just after the show started. Instead of
kicking off Smackdown, Lesnar then closed
the show by beating Theory. He also appeared
unannounced on Smackdown two days ago.