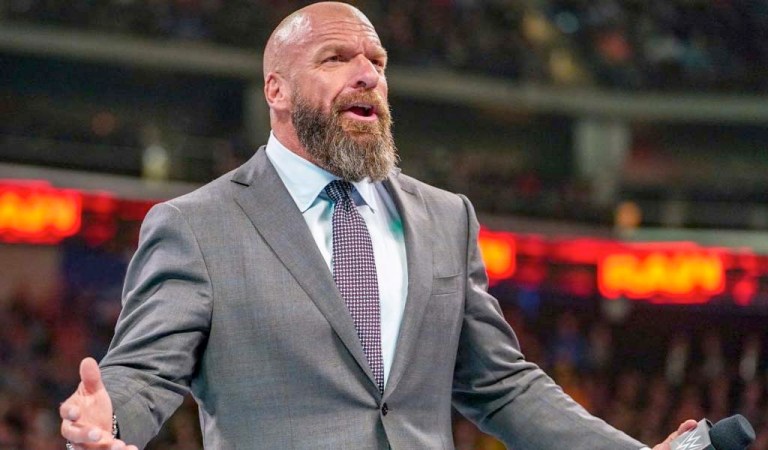 Paul Levesque addressed the press at the
conclusion of the WWE tryouts in Nashville
yesterday, his first time since being in
charge of talent relations and creative.

Surrounded by cameras and members of the
media, the WWE Hall of Famer took questions
about the future of WWE and life in general.

“There are massive pair of shoes to fill
that I am trying in someway to fill into,”
Levesque said. “But I do not dream for one
second that I can fill those shoes by
myself.”

He acknowledge the massive job they have in
front of them and said that to continue the
legacy of what’s been going on and what made
him fall in love with the business that he
(Vince) created, it’s going to take a
collective effort from himself, Stephanie,
Nick Khan, Kevin Dunn, and all the WWE
Superstars who he called the greatest
hardest working talent in the world.

Levesque said that they will take this
business to new heights and new levels and
while there’s a lot of hard work to do,
there’s no doubt in his mind that they can
do it.

Addressing his health in a question asked by
Ariel Helwani, Triple H said, “It took a
little bit to get over it, but I’m passed
it, I’m over it, I’ve got a clean bill of
health, I’m 100%.”

He said he approaches life differently now
and joked that there’s something called
sleep and no one should be afraid to sleep
because it’s good for them.

He said he’s not sad that he’s done with his
in-ring career. He was winding it down
anyway and rode it all the way. He didn’t
need the perfect out but ultimately the
wheels fell off.

Levesque ended his meeting by saying that he
will do everything in his power to make this
thing better than it’s ever been before.