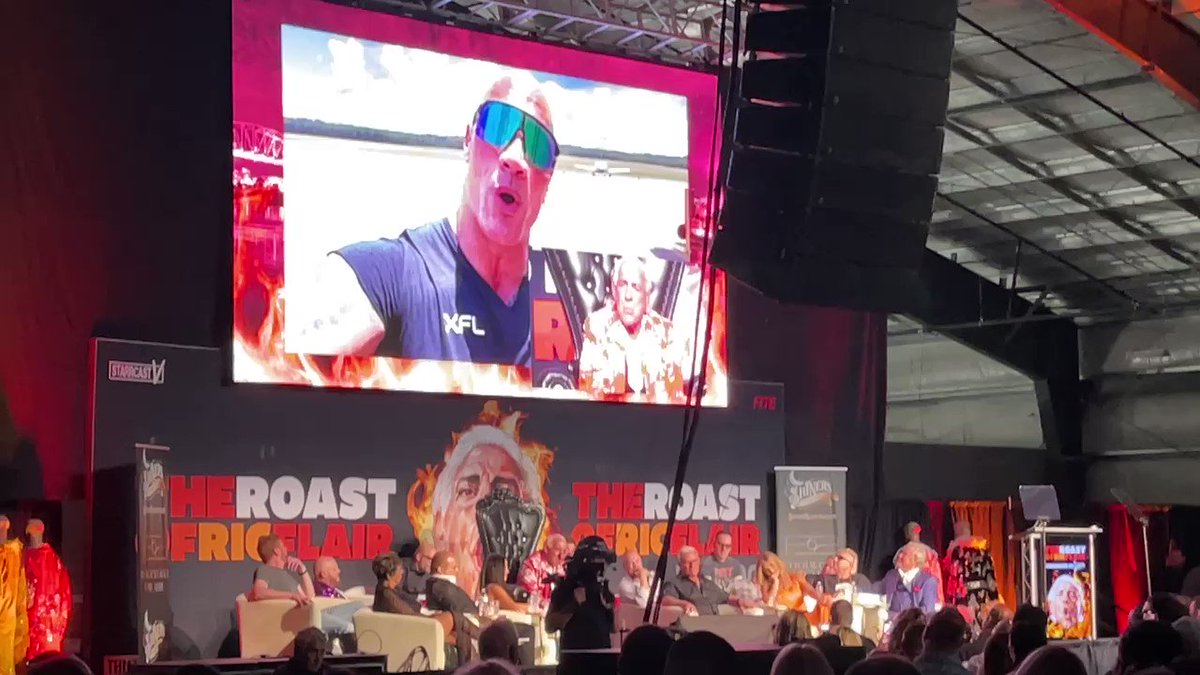 Dwayne “The Rock” Johnson made a surprise appearance during
the Roast of Ric Flair last night, appearing via a pre-taped
video message as an emotional Flair looked on.

Taking a page literally out of Flair’s “jet flying” line,
The Rock recorded his message at an airport sporting an XFL
shirt.

Johnson recounted how he met Flair when he was a kid and how
back in the day, his mother would be sewing Flair’s robes.

“Even at eight years old, I will never forget, you were so
kind to me. So kind to me, even if I was just a punk kid,”
Johnson said. “And when I was a little older, I met you at
the NWA convention in Las Vegas when I was 12 years old and
I went up to shake your hands, ‘Excuse me Mr. Flair, I’m…’
and before I could introduce myself, you went Dewey and you
gave me a big hug!”

Johnson said Flair treated him good and made him feel
special and he would never forget that. He said that when
years later his dad passed away, he was one of the first
people who called him and said he’d be down in Florida for
his funeral.

“The best thing about you, in my opinion, is the human being
that you are. Thank you for being such a great human being
to me, and to my family, and to my grandmother who you as
NWA world champion, would stop in Hawaii, you knew you were
getting a shitty payoff, but you still went because you love
the business and you cared for my family,” Johnson
continued.

“I love you, congratulations on your last match, and of
course I want to end this the only way I know how….Wooooo!”