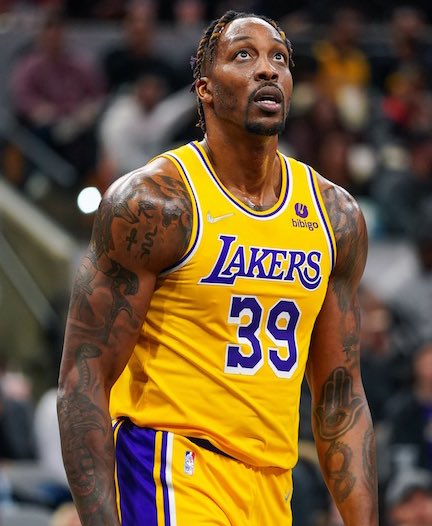 Dwight Howard is a future Basketball Hall of Famer. And he
may also be a future professional wrestler.

Howard cut a fiery promo in front a crowd at a WWE tryout on
Thursday at Wildhorse Saloon, where WWE is holding tryouts
and other public events ahead of Saturday's SummerSlam
premium live event at Nissan Stadium.

Howard, 36, certainly has the imposing figure (listed at 6-
foot-10 and 265 pounds while playing for the Lakers last
season) to be a successful professional wrestler. In 2015,
Howard hopped into the ring to interrupt then-WWE superstars
Rusev and Lana during a live event show in Houston.

And last year, after Milwaukee Bucks star Giannis
Antetokounmpo taunted Philadelphia 76ers fans by sitting on
the court after a late-game shot, Howard, then on the
Sixers, said he wanted to give the Greek Freak a "Stone Cold
Stunner," the finisher made famous by WWE Hall of Famer
"Stone Cold" Steve Austin.

There is a pro wrestler somewhere inside the mind of Howard.
As for Thursday's promo, it didn't lack for passion.