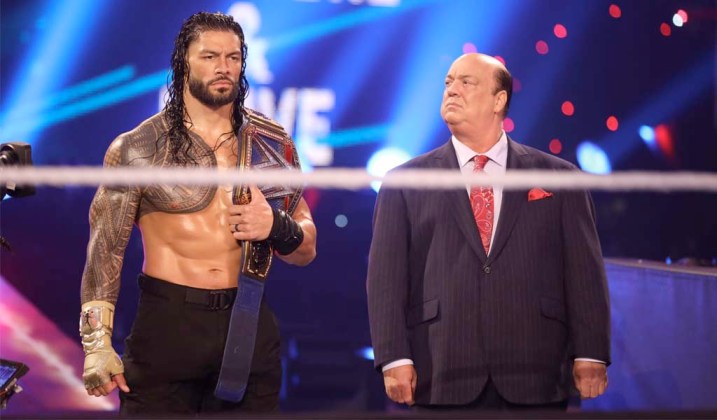 There were some subtle references to the
departure of Vince McMahon last night on
Raw.

During the opening segment, Roman Reigns
tried to give Theory some advice and wanted
to be his counsel for the night. “I want you
to analyze the situation here, you
understand?” Reigns told Theory.

“Your daddy is not here anymore,” he
continued to loud “Ohhhh’s” from the New
York crowd. “This is my ring,” Reigns said
as the fans started a “Daddy’s gone” and a
“Who’s your daddy?” chants. That got a smile
from the Tribal Chief.

“I’m gonna tell you who his daddy is because
if he continues to mess up the Tribal Chief
will be his daddy,” Reigns then said to a
big ovation from the crowd.

Before this segment started there was
another reference as when Reigns spoke and
then Heyman followed, their microphone kept
getting cut. Heyman wondered if the sound
guy is from New Jersey (pop!) and then said,
“We want your name written down…you’re the
next one out the door!”