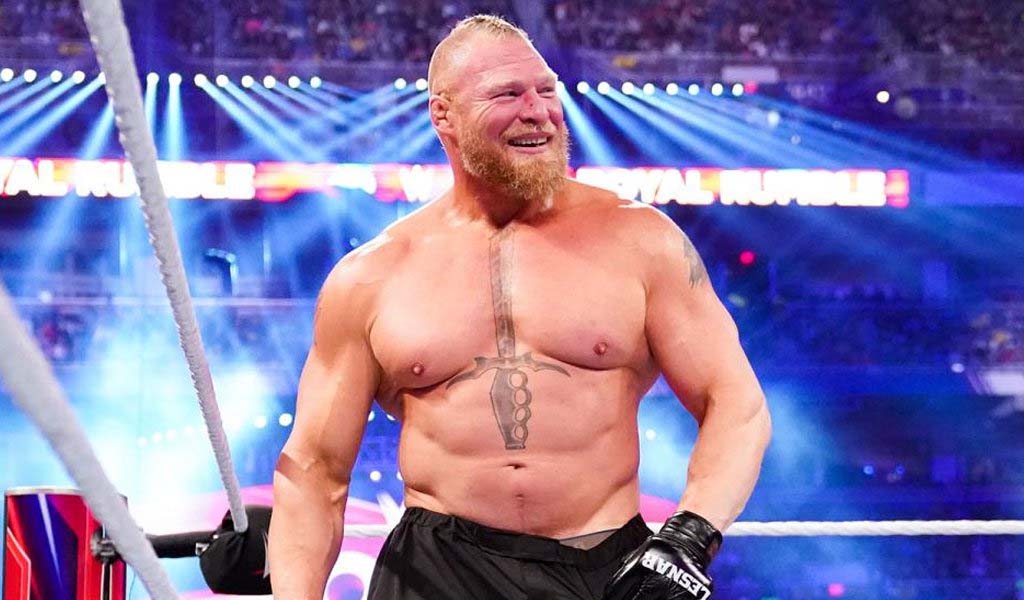 After Roman Reigns successfully defeated Riddle to retain
the Undisputed WWE Universal title, Reigns cut a promo
saying he went through and wrecked everyone and now The
Bloodline is leaving.

Reigns asked the Minnesota crowd to acknowledge him, and
they did so by booing him out of the building. But just as
about they were about to leave the ring, a familiar theme
song hit the speakers.

Reigns told The Usos to leave the ring and Brock and Roman
had a short face off. Then Lesnar offered a handshake to the
champion, which Reigns accepted.

That was the wrong move as the handshake quickly
transitioned to an F5. The Usos attacked, but both of them
received another F5 for their trouble, leaving Lesnar
standing tall.