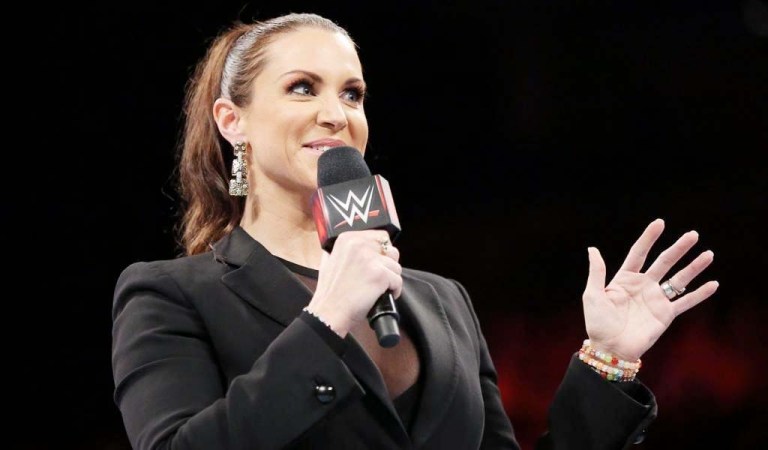 Stephanie McMahon’s leave of absence was cut
short just weeks after she announced her
temporary departure from the company and is
now back into the thick of things as the
most powerful person – interim Chairwomen
and CEO of World Wrestling Entertainment.

Stephanie, who until she left had the role
of Chief Brand Officer, becomes the first
woman to chair the WWE Board of Directors
and the second female CEO following her
mother Linda McMahon.

On May 19, McMahon announced that she would
be leaving WWE to take care of her family
but vowed to eventually return as WWE was a
lifelong legacy for her. McMahon endured a
rough six months due to her husband’s health
which took a toll on her and her whole
family.


But in times of an emergency, the WWE board
appointed her as interim Chairwoman and CEO
to replace her father Vince, who is now
being investigated for a $3 million payment
in hush money to conceal an affair with a
former WWE employee. John Laurinaitis, the
head of WWE Talent Relations, is also
involved and likely to lose his job as well.

In an e-mail sent to WWE staff this morning,
McMahon informed them that she will be
returning from her leave and assuming her
new role.

“I love our company and am excited to
continue to work with our President & Chief
Revenue Officer Nick Khan and our Chief
Financial & Administrative Officer Frank
Riddick,” Stephanie’s e-mail read. “And of
course, I look forward to working with all
of you. My door is always open.”

In the press release issued by WWE, McMahon
said that she is committed to work with the
independent directors of the WWE board to
strengthen the culture of the company,
saying that having a safe and collaborative
workplace is extremely important to her.

Stephanie also said she will do everything
in her power to help the investigation
proceed and implement the findings of the
special committee.