BELLA TWINS: The Bella Twins prank judges with act on America’s Got Talent 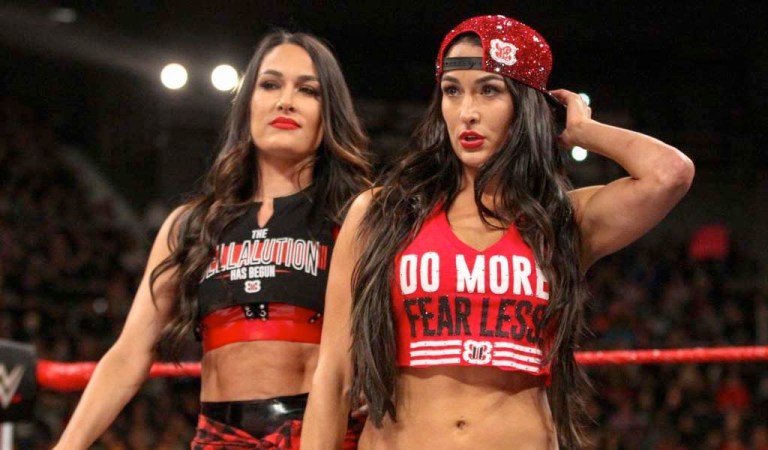 Nikki and Brie Bella pulled a prank on
America’s Got Talent, posing as an act
called Duo Rag Dolls.

Introducing themselves as Monique and
Stephanie, the Bella Twins, covered in make
up and wigs, said they are 31 and 29
respectively and they met in school.

After a bit of chit chat with Simon Cowell,
their act started and obviously it was booed
out of the building and all four judges
hitting the X to end the train wreck.

After their act stopped, Brie blamed her
sister for not showing up for rehearsals the
day before. The two eventually started
pushing each other and then they destroyed
the set as they wrestled. A stagehand came
up to break up the fight but he was
clotheslined off the stage as both twins
jumped as well.

After Brie smashed Nikki’s head on the
judges table, Nikki said, “Hey Simon, was
that extreme enough for you?”

Nikki was a judge on America’s Got Talent:
Extreme with Cowell but the show got
canceled by NBC.