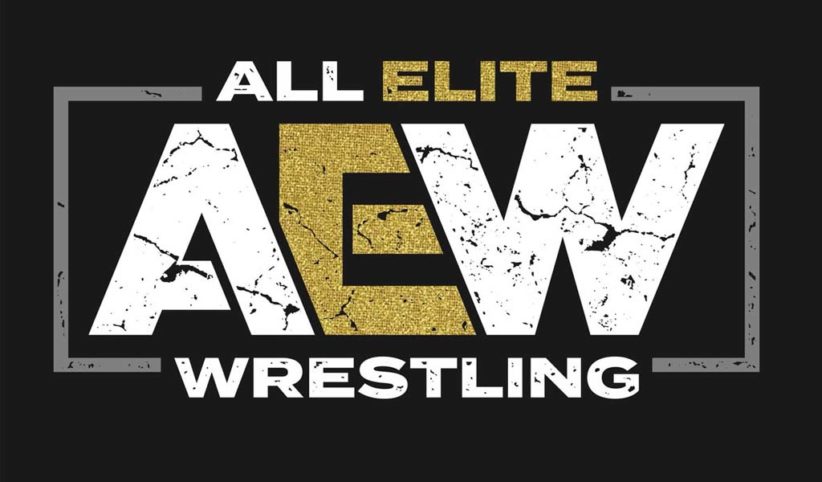 I get how the Casino Battle Royale works, but how about
showing which wrestlers fall under each suit, and have a
live draw of one of four cards, each from one suit, plus the
Joker and those wrestlers come out. Since today’s wrestlers
can’t improvise a battle royale, I’m sure this can be
worked.

I thought it was hilarious that Max Caster would use his
ring entrance, in the middle of a battle royale, to still
perform a rap. Wasn’t as sucky as most AEW battle royales
but you know Kyle O’Reilly isn’t going over Jon Moxley for
the spot.

“Visionary” Tony Khan has come up with a new Atlantic belt,
because, after all, this show could use more championships.
Now, I know a lot of fans have mocked Tony for saying
countries like Bulgaria and Netherlands are on the Atlantic
Ocean but technically, believe it or not, they are according
to some geographers:

Now I don’t know who the Forbidden Door entries are going to
be, since Japan is definitely in no way on the Atlantic, but
Tony Khan is such a visionary he made the Atlantic Ocean
superpower Australia’s own Buddy Matthews the winner of the
first match (I think). Which is good news for wrestlers with
Atlantic Ocean beaches like India, Saudi Arabia, hell maybe
we can get some Polynesians in there to compete!

I loved Will Ospreay when I watched him on NJPW a few years
ago but what happened to his hair and who are all the other
guys around him and why should we care about this United
Empire or whatever it is? (Sadly, it is all South for poor
Will as we shall see later).

Adam Page is right about one thing: he isn’t getting an AEW
title shot anytime soon. That said I’d watch him wrestle
Okada any night of the week. Oh and uh, Other Adam? Good
luck getting any top Japanese wrestler to sell for someone
that looks like you. I know a lot of fans reading that are
saying what about Rey Misterio? Well Rey did unbelievable
aerials to the point he made you believe he could go toe to
toe with the big guys because of his speed and cleverness.
Ricky Morton had way more in ring ability than Cole, an
equally talented tag tam partner who could over for him, and
he would brawl and blade and sell like crazy. Cole just acts
like a normal (albeit, a very talented) wrestler in the
ring, and that doesn’t distract from his pipe-cleaner
physique.

Oh no Wardlow is back to doing promos. When he does he’s
just in the words of MJF, “mid”, though he did put a little
growl in his voice. Which means he shouldn’t be doing them.
Why do they wait until he enters the ramp to play his music?
Why is Scorpio Sky dressed like a barber pole?

So are the AEW tag team titles only defended in three way
matches now? And why would the champions ask for this? Why
offer to put up the belts in a match where you have a 33%
chance of winning versus 50%? This brought up a weird moment
where I literally checked my DVR to make sure I

wasn’t reviewing a Dynamite from a few weeks ago.

Rosa beats Shafir who goes diaper on her and Tony Storm
makes the save but then Toni and Thunderosa go belly to
belly over the women’s belt, yawn. Yes as of this writing I
have read the speculation Thunderosa sandbagged Shafir.

Why does Kyle O’Reilly never look like he’s had enough
sleep? Justin just can’t stop calling his opponent
JEEEEEEEEEEE-AWN Moxley. I just love Regal’s commentary. He
said more in one line than the entire AEW has done to put
Forbidden Door over: “We have to beat these New Japan guys,
don’t we?”. Again, as we shall see, I guess not . . . .

Good fight to open with Kingston and Jake.

Good promo by Ortiz, as always.

AEW makes another huge mistake by putting Satham Singh in
the ring. He was so blown up after 39 seconds he couldn’t
even stagger to his corner when Jay Lethal came in.

No idea of why having Danhausen and Hook ride up to the
interviewer in one after another golf carts gets anything
over, but to be creepy Lexy Nair is not hard on the eyes.

Kris Statlander v Red Velvet is next. I gave this match 4
zees. At least it was short. Oh, no it’s not here comes
Keira Hogan and the Baddies and it’s now up to 7 zees. The
score goes off the charts with Athena (yes I now know aka
Ember Moon) making the save as the world collectively does
not care.

Good lord Dan Lambert is just so uncomfortable to look at.
Ethan Page has potential but Tony needs to release him at
first chance and let the guy go back to WWE he fits in
better there as one of their cartoons.

OK the main event is FTR, good, with Trent, why? Versus Will
Ospreay, FINALLY, and two Whos? There’s the promo before the
match with many asking who the hell is Trent to tell Will
Ospreay off? And why is FTR rubbing shoulders with this goof
anyway? I enjoyed watching them do the fake fist bumps with
him on the way down, that’s all he deserves. I know I know
Trent has NJPW history and has some talent but from Day One
he was treated as a comedy wrestler here so you can’t go
back and convince fans he is a serious star now.

Will physically looks and works more like the WWF Dynamite
Kid than the Japan/Calgary version. He and Cash seemed to
have a little style clash. As for the rest of the Unified
Kingdom, Davis has size, but man boobs and needs to wear a
shirt. Then there’s the Fletcher guy . . . wait . . . a
flabby white dad bod with no definition . . . .a goofy
haircut . . . IT IS! CHUCK TAYLOR HAS A NEW GIMMICK!

Not only does Will physically look different, his goofy
haircut is a horrible distraction. His high spots included a
450, a cutter and a tope, all moves we see multiple times on
AEW. Now, the last time I saw Will was on Axxess a few years
ago, and I remembered a slimmer version doing a lot more.
Now, maybe he’s too banged up to do that stuff anymore,
maybe he’s so influential that every AEW wrestler seems to
try that stuff, maybe a mix of both but it seems to me Will
Ospreay looks like just another AEW wrestler that does the
requisite high spots.

As for the finish certainly I didn’t expect FTR to do a job,
but how does jobbing out NJPW talent build any interest in
Forbidden Door? Shouldn’t the New Japan guys be beating the
shit out of the AEW guys left and right with the AEW guy
getting their wins back on PPV? Tony Khan can’t even book an
invasion right.