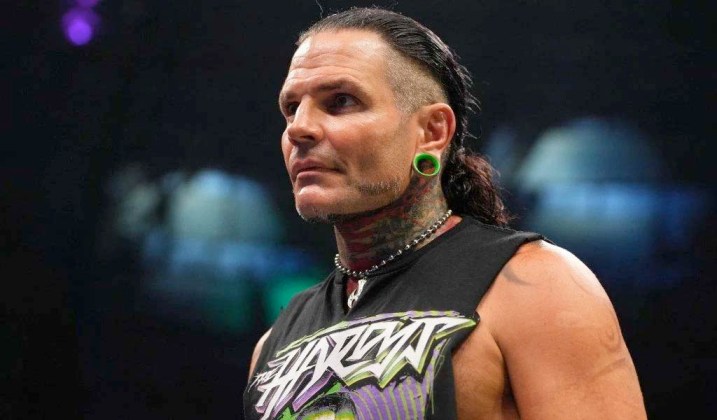 TMZ.COM posted the six-minute footage from
Jeff Hardy’s arrest yesterday afternoon,
with three police officers surrounding the
car and each of them drawing their guns.

Florida Highway Patrol officers repeatedly
told Jeff to come out and eventually he
exited the vehicle and was immediately
grabbed by an officer and checked for any
weapons. Hardy could be seen very shaky and
then sat down on the floor. Asked where he’s
from, Jeff said from North Carolina and said
his final destination was North Carolina as
well. He also tells the officer that he has
a doctor’s appointment to check for a brain
scan.

One of the officers then explains how they
got several 911 calls about him and that he
was driving all over. Jeff was told to stand
up and then the officers engaged in a
discussion with him.

Hardy then admits having shots of fireball
and the officers proceed to tell Jeff to
walk in a straight line, which he fails
spectacularly. One of the officers then
tells him to count to 30 as he places
handcuffs on him and tells him he was under
arrest.