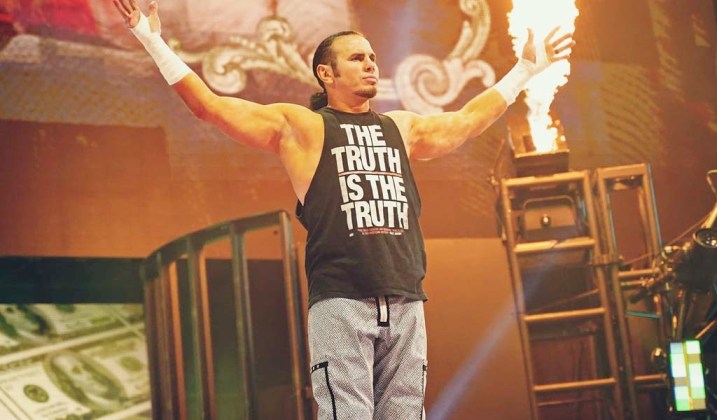 Reby Hardy, the wife of Matt Hardy, posted a
TikTok video after news came out that Jeff
was arrested which divided the opinions of
many fans.

In the video, Reby is seen hilariously
praying with the text saying, “Praying my
husband doesn’t get hurt in his ladder match
this Wednesday.” Then all of a sudden the
video transitions to Tiger King’s Joe Exotic
saying “Guess what motherf*cker?” and “Jeff
Hardy” written on it. The video was
eventually deleted.

Matt, Jeff, and Reby were all at a meet and
greet together on Sunday at Dave & Buster’s
in Orlando and Jeff was arrested following
that event.


Reby was never shy of calling out Jeff for
his mistakes throughout the years,
especially when those mistakes interfered
with her husband’s career. Reby and Jeff’s
wife Beth also are not best of friends as
Reby often blamed Beth for not taking a
harder stance against her husband for his
alcohol addiction.

Meanwhile, Jeff’s brother Matt broke his
silence on Twitter, writing that it was
disheartening to hear the news about Jeff
yesterday.

“Recovery isn’t a linear process & I’ll
continue doing whatever I can to help my
brother be healthy. Being healthy & well is
the most important thing for Jeff, his wife,
his children & our family at this time,” he
wrote.