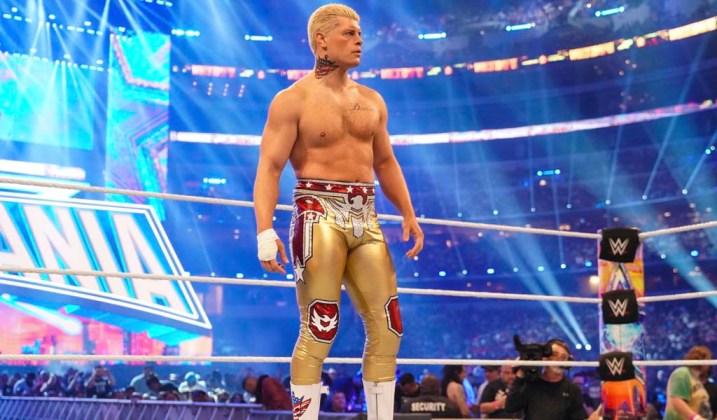 Cody Rhodes is well-known for staying late
in the arena, making sure to take a photo
with everyone who wants one at ringside
after shows go off the air.

At Friday’s Smackdown, Rhodes did just that
after the dark match ended and with most of
the crowd already out of the building, the
American Nightmare stuck around doing his
thing with the fans.

One particular little fan was tired of
waiting around and jumped the barricade and
ran towards Rhodes while he was posing for a
photo with another individual. The kid
tapped Cody’s hands and Cody looked
hilariously surprised to see him just
casually asking for the photo.


The kid then pointed to Cody where his seat
is as security and Cody then told the kid to
go back to his seat before the former TNT
champ went over to snap the pic!

“This popped me. He ended up getting the
pic,” Rhodes replied to the tweet with the
video, adding the laughing emoji with tears.
“Good kiddo!”