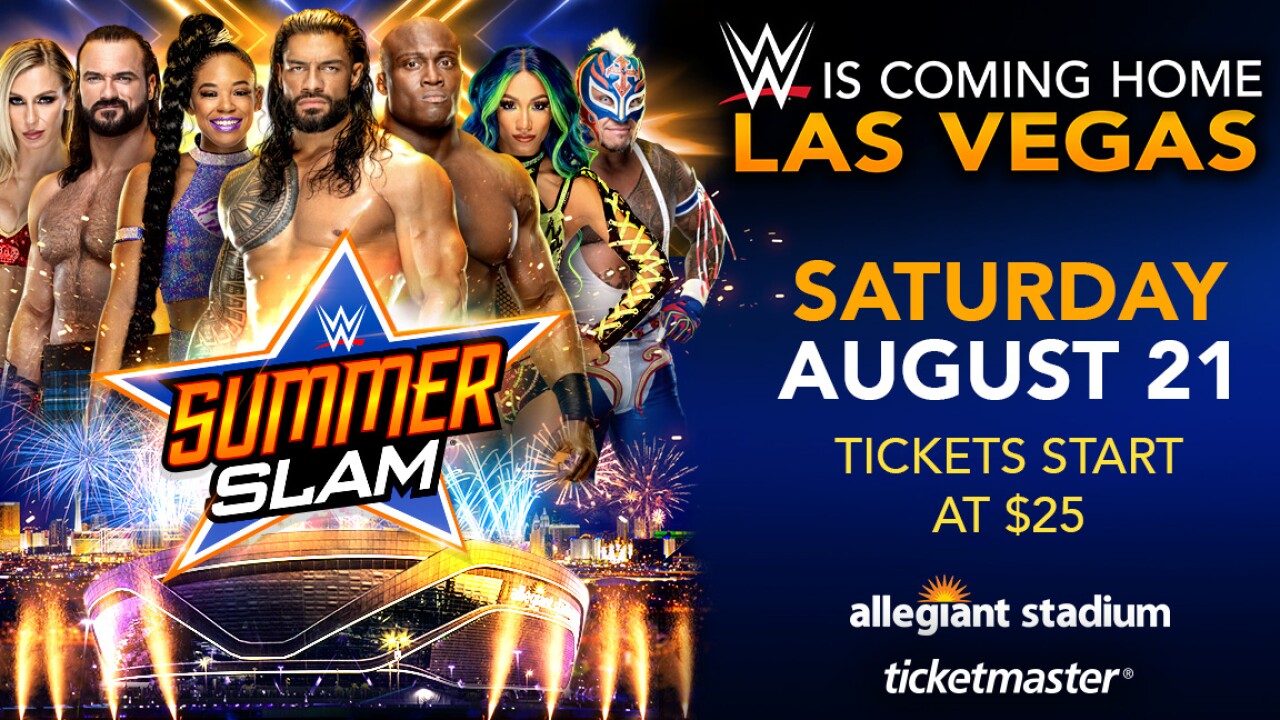 WWE officially announced that SummerSlam will be taking
place at the Allegiant Stadium in Las Vegas, Nevada, on
Saturday, August 21.

SummerSlam will be one of the first sporting events held at
full capacity at Allegiant Stadium with tickets going on
sale on Friday, June 18. Interested parties who want to
register for the pre-sale can do so by going to
www.summerslam.com/presale.

“Coming out of the pandemic, it was important to us to have
a big event like SummerSlam in Las Vegas. We expect to
deliver a great night of sports-entertainment for the people
of the city and a boost in foot traffic for the casinos and
local businesses,” said Nick Khan, WWE President & Chief
Revenue Officer.

“We couldn’t be more excited to host SummerSlam for the very
first time and welcome WWE, its Superstars and the WWE
Universe to Las Vegas this August,” said Steve Hill,
President and CEO of the Las Vegas Convention and Visitors
Authority. “Live entertainment and sporting events are
returning to the destination in a big way, and SummerSlam is
the perfect addition to the Las Vegas summer calendar.”

The brand-new, state-of-the-art stadium opened in July of
last year after a cost of $1.9 billion. The stadium is the
home of the NFL’s Las Vegas Raiders and hosts up to 72,000
fans in an expandable setting.

The futuristic-looking silver and black exterior stadium has
large retractable windows that opens up in the north
endzone, giving fans inside the stadium a look at the Las
Vegas Strip. The same north endzone also hosts the largest
3D printed object in the world, an 85-foot torch.

WWE is said to be going all out for SummerSlam and rumors
are that the company is trying to get both John Cena and
Brock Lesnar to wrestle.